Here at Just Landed, we sincerely hope that you haven’t caught that terrible January blues bug which seems fairly prevalent at this time of year. The symptoms can include sitting at your desk and staring longingly into deep space, dreaming of some, far, unknown place, somewhere different from the all too regular rigmaroles you face at work and daily life. It can also manifest itself in other ways, like Monday mood swings and sometimes even gym-going guilt following a festive binge. If you have experienced any of these symptoms, or feel you may have a susceptibility to catching them, never fear, for the Just Landed team have come up with a way to counteract this dreadful doom and gloom!

We have a vision.

A vision for an action packed and fun-filled year ahead; something which we can all look forward to and be grateful for; something which will shake off those horrid January blues and help you embrace the year ahead. We have painstakingly picked out a country for each month which we feel that you absolutely have to know about. So you can tick twelve countries and cultures off your to do list of 2015!

Check out our first “county of the month” to kick start the new year: Singapore!

Bustling Brazil is February’s choice. The Rio Carnival is not to be missed and neither is our lowdown on all you need to know about Brazil in February!

We celebrate the luck of the Irish! Well, it’s the USA who know how to celebrate St Patrick’s Day, and they really do it in stereotypically Irish style. We also travel to New Orleans for 10 years after Katrina. Prepare to be amazed!

It has been said that April is the cruellest month – well, not in the Netherlands. This is the brightest and most beautiful time to get acquainted with the Dutch and how they do things. It is no surprise this is a popular destination to settle down in!

May is the best time to explore what Japan has offer, from visiting one of the most developed cities in the world to taking part in a 1200 year old hike on Shikoku.

Warmer relations with the USA means that Cuba is the new destination of choice for 2015. Especially as this year has the 12th Havana Biennial, running from May 22 – June 22 with artists coming from over the world to display their work.

If you are interested in the sport of the moment, then you have to check out the world handball championships which are being hosted this July in Qatar. Eid Al Fitr, the celebration which marks the end of Ramadan, falls in July and where better a place to soak in the culture and celebrations!

If ever there were a time to visit the UK, it’s August. The Edinburgh Fringe Festival has long been heralded as one of the world’s biggest arts festivals, and lasts the entire month of August. Alternatively (or better, additionally!) you can pop to London for some more culture at the world famous Notting Hill Carnival. 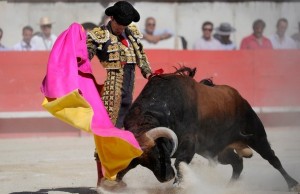 We have settled upon September as the best month to get to know this fabulous country. September caters for everyone: it’s not too hot, nor too cold. It has spectacular sporting events and fabulous fashion shows; there are red carpets and raging bulls. With weeks dedicated to wine in the north or surfing in the south, there’s always something on in Spain.

Possibly the best month to visit this increasingly popular gem of Asia. The weather in the north and south of the country is perfect in October. Catch the culture and history of the north before heading to the blissful beaches for a relaxing time in the south. On visiting Vietnam, it’s easy to see why this country is becoming such a popular expat destination.

India is a bucket list destination any time of the year, one of the world’s most populated countries remains one of its most fascinating to boot. The festival of lights: Diwali is by far India’s most important festival, so why not visit between the 11th and the 15th of November 2015 to see India in all its glory!

Forgetting the Christmas markets of northern Europe: Konya, in Turkey, has the unusual yet awe-inspiring Mevlana festival which honours the celebrated 13th century poet Mevlana. The swirling, whirling dervishes which dominate this festival will leave you dizzy yet praying for more.

So, stay tuned to make sure you don’t miss out!