Dance-offs at Dinagyang, Filipinos show us how to brighten up a dull January

The place to be right now is the Philippines; it is only January and already one of the most important cultural events of the year is taking place.

This month, Filipinos from Panay Island will be out in their droves in order to celebrate. They have been counting down the days, and now, it has finally arrived! What is this event I hear you cry, it is, of course… Ati-Atihan! It is among the most spectacular, and underrated, festivals in the world. Oh, and the Pope might even make an appearance! 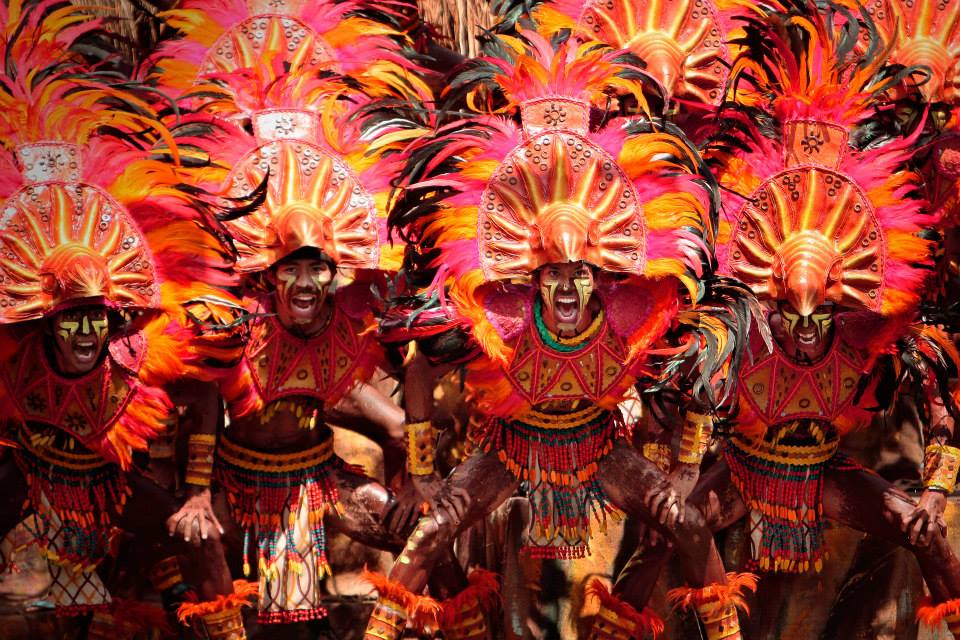 Dinagyang, which is an Iloilo term meaning merrymaking and revelry (to give you an idea of the feeling behind the festival), is celebrated in Iloilo and is an extension of the older and grander Ati-Atihan celebration, in Kalibo. Dinagyang is a fairly young festival in that it only began in the late sixties, this does not, however, take anything away from the grandeur of it all. Dinagyang seems more personal than the larger Ati-Atihan and the carnival atmosphere within Iloilo more intense. The festival outwardly seeks to lure foreigners to celebrate with the locals, so visitors don’t have to endure that “who invited you?” feeling as if you have just crashed someone’s private party. Nobody wants to be that guy.This is all part of the appeal. So while Ati-Atihan is the busier, more traditional and more popular of the two, Iloilo is most certainly the new place to go!

Historically a pagan thanksgiving for the settlers on the island, the filipinos were naturally somewhat disinclined to give up their party when Christianity took hold, so the festival now celebrates Santo Niño, or the child Jesus. History tells of the tribes dancing and singing in thanks for the food they were given following a poor harvest; thus the tradition continues in a similar vein as the streets will be packed with vendors selling delectable foods, different tribes dancing, face-painting and singing at various times throughout the days leading up to the third Sunday of the month, the main day of the festival.

The festival begins on the 9th January and opens with a parade which is an excellent way to dive right into the festival spirit. Although it is this week, the week before the Ati Ati Grand Parade, the finale of the festival, when things begin to get really exciting. There is a schedule on the Dinagyang event page, so you can pick and choose what to see (and not miss out on the good bits!) The Food Festival is most certainly not to be missed as it is an incredible way to sample the cuisine which the surrounding villages have to offer, and as there is always dancing to be done you can eat as much as you like in a guilt-free manner! (seconds please!) Friday is host to the wonderful Annual Dinagyang Pyrolympics Show which is also unmissable, the Salvo of a Thousand Drums will start your heart pumping and begging for more! The week leading up to the Parade is really not to be missed, their smaller scale celebrations are part and parcel of the build up to the Parade, the expectant anticipation that you will be filled with, from drumming to dancing all night long, is an essential element of Parade preparation. 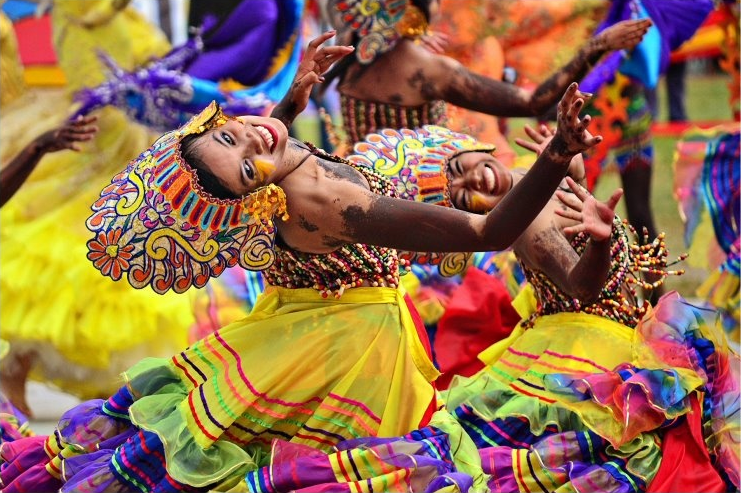 The Sunday is what we have all be waiting for, and the Ati Ati Grand Parade. If you thought Rio knew how to do colour, choreography and costume at the Carnival, you will be awestruck at the magnitude of Dinagyang’s vibrant display. The main event during the Parade is definitely the Dinagyang Ati Tribe Competition where different tribes host a fantastical dance-off, which is unrivalled in terms of pace, colour and passion. The competitive element among the tribes is to some extent embellished as the idea behind it is that they want each dance to get incrementally louder, more colourful and more spectacular, they really just want to put on a show for you, the audience. This is a festival in which the revellers revel in the participation of foreigners who have come to watch the spectacle, they also encourage participation with the tribal dancers, so don’t forget your dancing shoes!

See it for yourself!

NB: Prepare to not be very productive on the Monday which follows the Grand Parade. Once the dance-off ends and the winners have been announced, the parade comes to a halt and you will find yourself amidst a massive street party which typically lasts into the (very) wee hours of the morning. It is safe to say that you will struggle to find a celebration as welcoming, as well done and as wonderful as Dinagyang. So… who has got room in their suitcase for me?