In An Expatriate World: Interview with the author 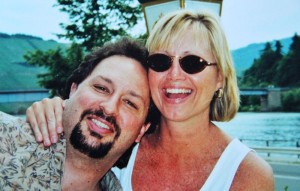 Patrick and Cathy taking a lunch break in Bitberg, Germany

With the end of 2014 already creeping up on us, Just Landed speaks to our final expat interview of this year! Patrick J Hall tells us about his experiences as an American expat in Belgium and the Netherlands, as well as his book “In An Expatriate World“.

Why did you move from the USA to Europe?

My wife was asked to lead a special corporate-wide branding project run from the company headquarters in Belgium and Holland. Both of us worked for the company, so I found a position in the corporate IT department.

Did you experience culture shock when you moved? How did it affect you?

I wouldn’t say we experienced culture “shock”, or anything as sudden or dramatic.  But we did find differences in ways of working, and cultural complexities of working with both Dutch and Belgian colleagues.  It was hard sometimes to discern whether particular characteristics were based on a national customs, or just specific to the individual’s work habits. We found things might look very much the same on the surface, but may mean something different, either culturally or operationally, and you have to check your assumptions before taking action. 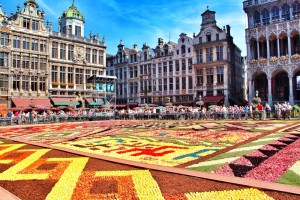 What prompted you to write your book – In An Expatriate World?

When we were first offered the opportunity to move to Europe, I wanted to find stories about what to expect. I found lots of practical, check-list types of “how to” books, but none that described the story of the expatriate experience.  When we returned from the assignment, I realized I wanted to tell my story to help others more fully understand many of the nuances of expat life.

Tell us about your book in three sentences.

In An Expatriate World is a first-hand account of what it’s really like to live and work as American expats in Europe. It describes the good and bad, the highs and lows of living in another country, experiencing everyday life in another culture. It also presents unique opportunities and challenges for married couples taking on this life change.

In your opinion, what is the best thing about expat life in Belgium and the Netherlands? 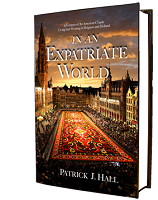 I would have to say experiencing so much diversity, so much variety in so many ways has to be the best thing. Different people, different situations, different food, different environments, different cultures collectively give expats a chance to live a much richer life.

What would your top advice be for someone considering a move abroad?

Be open to the new ways of living, and don’t expect it to be easy. Years from now, you will be disappointed that you didn’t become an expat. You will never regret that you did.

Looking for a Christmas present for the expat in your life? In An Expatriate World is now available on Amazon websites in France, Germany, Italy, the UK, USA, and Spain.