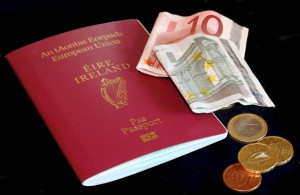 Cash-strapped governments around the world are lining up to bring in measures allowing the sale of citizenship for vast sums of money. This week, Malta announced plans to sell passports for 650,000 euros, and the Mediterranean country predicts it will sell up to 300 a year. So which countries offer citizenship for a price? And is it fair to allow unprecedented levels of international and cultural mobility only to the super-rich?

Malta is by no means the only European country to start running a cash-for-citizenships programme. Austria – who have a fast-track route to Austrian citizenship costing millions of euros – and Portugal – a cheaper option at 500,000 euros in investment – both give all the benefits of EU citizenship for a price. Even Britain offers residency with the possibility of citizenship if £1 million is invested in the country, while Ireland is willing to give immediate citizenship for just half that.

However, Malta’s announcement of passport sales is different in one important regard: there’s no requirement to have spent any time in the country prior to receiving one. Indeed, the government admits that it is aiming the project at wealthy and internationally mobile individuals who have little time to spend in each country, but would benefit from freedom of movement within the EU. Prime Minister Joseph Muscat has referred to them as potential “high value” citizens.

Governments offering such a scheme run the risk of alienating poorer voters, many of whom are likely to see an open-door policy to rich foreigners as frivolous and unfair. Despite the large amounts of investment the cash earned from citizenship sales could bring, ordinary citizens are unlikely to see the benefits themselves.

The European Parliament is soon due to debate the issue amid fears that things could get out of hand. The possibility of states competing to outdo one another on price in order to attract investment is a realistic one and many believe it necessary for the EU to place restrictions on citizenship sales sooner rather than later. Whether such measures are implemented remains to be seen.