Expat identity crisis: what should we call ourselves? 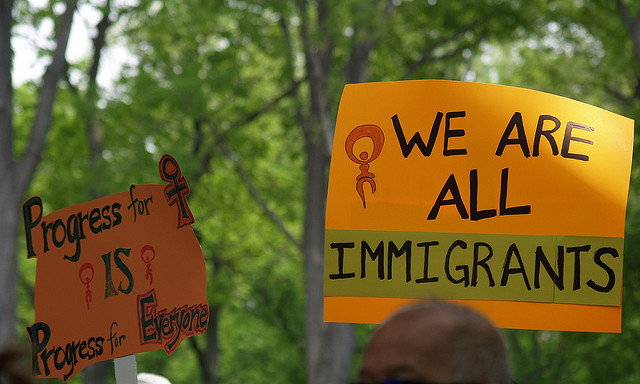 What’s the difference between an expat and an economic migrant? Don’t worry, there’s no lame punchline coming up, but why is there a difference?

Well, one moves from their own country of birth voluntarily usually in search of work and the other…? Hang on, aren’t both of them doing exactly the same thing? So why the two different terms?

Mawuna Remarque Koutonin raises an interesting point about the terminology in a Guardian blog post:

“You should expect that any person going to work outside of his or her country for a period of time would be an expat, regardless of his skin colour or country. But that is not the case in reality; expat is a term reserved exclusively for western white people going to work abroad.”

Words are nuanced. While both these terms are essentially synonyms, “expat” seems to have positive connotations while economic migrant seems almost pejorative.

Expat, which derives from the Latin term ex patria (literally out of the country), conjures up images of red-faced Victorian colonels sipping quinine in the Raj. It is empire, it is history. Whereas migrant is right wing tabloid bogeyman du jour, intent simultaneously on stealing people’s jobs and illegally claiming benefits. Expats are good, migrants bad.

Expat as a term is generally used by people about themselves and has a neutral – even positive – spin. When people move to another country they see themselves as expats but foreign people who move to your country are always migrants.

Migrant is often used negatively in politics and media debates about immigration levels. There is nothing intrinsically negative about the word ‘migrant’. However, if the rhetoric about immigration hadn’t veered so far to the right, there would be no debate about these terms. Both terms would be interchangeable.

From migrant to refugee

The use of language is highlighted by the current refugee crisis. At the start of the summer asylum seekers wishing to cross to the UK were routinely labelled as migrants. Initially, the British Prime Minister described those fleeing from war as a “swarm”. In recent weeks with the worsening situation, the opinion in the UK has shifted and now these former economic migrants are being called what they actually are: asylum seekers. Public attitudes have changed which has shifted the language.

Can we not change the frame of debate and insist that we refer to everyone with the same term, expat or immigrant to ensure there is no inadvertent racism. Why rebrand when you can recreate?

When I worked in London, my office was next to a fashionable hipster hotel. They would give out complimentary maps to their guests on which was written the phrase, “I’m not a tourist, I’m a global citizen”. The idea I assume is to disarm that embarrassment visitors feel when they pull out a map, revealing their true tourist identity.

I rather liked the term “global citizen” and it seems like the perfect way to describe that breed of mobile people who find themselves living abroad. It is also free of any negative or indeed positive connotations; it is a blank slate upon which we can rewrite the narrative.

So maybe it is time to consign all these terms to the bin – expat, migrant, immigrant – and plump for this one term instead. I think “global citizen” is something we could all get behind.