The unwritten rules of tipping in NYC 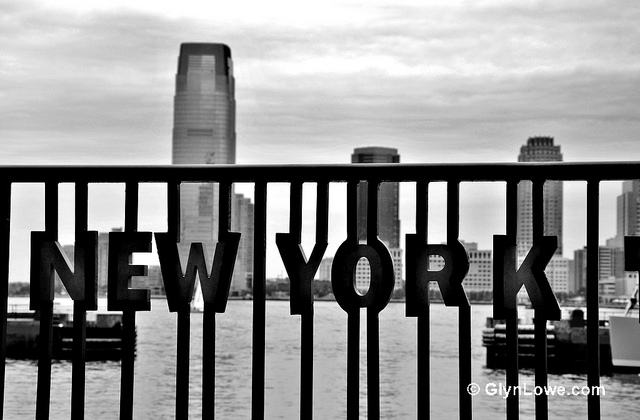 I was in a yellow cab going from JFK Airport, it was only my second time in New York. I was tired; I had just been on a seven and half hour flight from London and it was one in the morning.

From the car window I could see the lights of the city, they were mesmerising. At that time of night, New York is fantastic. The lights from the tall buildings seem to reach for the sky, whilst the Empire State building dominates from high above.

My taxi driver was an old Indian man. We exchanged small talks, and then I lay my head back. All I wanted was to get back to my girlfriend – now my wife – and to the warmth of a comfortable bed. The taxi stopped in front of my girlfriend’s building.

I looked at the meter and took some money out of my wallet. As a Neapolitan you are taught one simple thing in life: a taxi driver will always try to cheat you. Your first quarrel with a Neapolitan taxi driver is always convincing him to turn on a meter. Back home, taxi drivers believe in fixed ride fairs – or rather, their own made up ones. So the only way for a passenger to protect himself is to make sure the taxi driver turns on a meter. This principle generally works everywhere in the world, everywhere apart from New York.

The meter of the yellow cab said fifty six dollars, and this is what I handed over to the taxi driver. At that point, a once peaceful Indian man turned into a sort of ancient devil.  He looked at me and shouted “I have to live as well you know!” I looked at him confused, the meter was clear. That is when I thought that Neapolitan cab drivers weren’t alone after all. The more I pointed to the meter, the more his voice rose. I hesitated for a moment, I was tired and jet lagged. Then I looked at him and negotiated my way out by adding an extra ten percent on top of the final fair. I shook my head and got out. The next day I told this story to my wife. She laughed.

In New York, tipping taxi drivers is an unwritten law. Everybody knows you have to, yet it is not written anywhere to help the foreigners. Cabs have a meter, yet that is not the real price. Tips are discretionary, yet if you do not tip be ready to quarrel. It makes you wonder really what part of the word “discretionary” have you not really understood.

“A Neapolitan will always negotiate down”

I dated my wife for three years and we have been married eighteen months. I love my wife, and I love our life together. We generally agree on most things, but what we do not agree on is on how to tip. She calls me “a cheapskate”; I call her the “affluent woman”.

The roots of our differences come from our background: she was born and bred in New York, the city where everything revolves around tipping – not just taxis. As for myself, I was born and raised in Napoli, a city where you should thank God and all the saints in the Christian religion if you get paid the full price you quote. A Neapolitan will always negotiate down, no matter what.

Unfortunately, this part of me will never die. I just don’t get tipping. Please do not get me wrong, I don’t want to take advantage of people, no, god no. I would prefer if the price of the service included the tip. I would prefer that the original price was higher. In that case I would be happy to pay the full price. What I do not like is the idea of tipping per se. After dinner and a bottle of wine, I hate having to worry how much to tip. After a limoncello and a beautiful red of Monte Pulciano how can they expect me to do maths? That is just a punishment. No one should be looking at a calculator after a pleasant dinner with his wife.

What about bars? One of my friends explained that the more you tip the more attention the bartender will give you. In a capitalistic economy I call this overpaying for a service. I have to overpay for a service that I am expecting to receive the moment I enter the bar. In Napoli the bartender ignores you, but at least you don’t have to tip him. 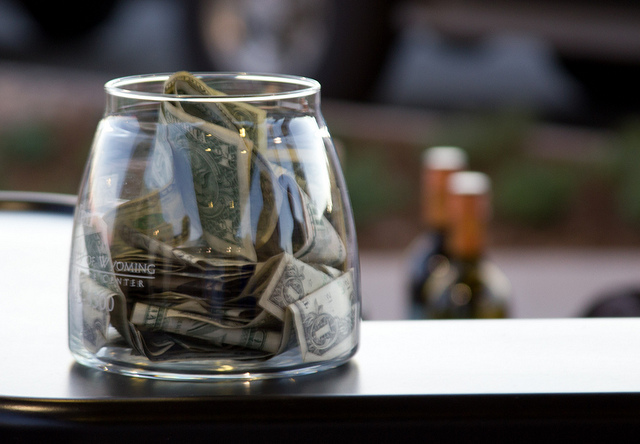 A few months ago my brother was in town. Together with my wife and a close friend we went to Tao, a restaurant in meatpacking. We had a pleasant dinner. At the end of the night I picked up the bill. It was over two hundred dollars. My brother decided to pay the tip. He was in New York, he was in a good mood so he took five dollars out of his pocket and put them on the table.

My wife looked at him first, and then turned towards me before yelling “he is a cheapskate like you.” I had to explain to my brother that we had to tip at least twenty percent of the total bill. He shook his head and accused me of a) making too much money and b) losing my head. How could I blame him? After a dinner in Napoli you leave one or two Euros – if you are in a good mood. Back home, tip is included. A twelve and half percent is added automatically to the final bill, so there is no need to add extra money.

I was reading recently that usually a waiter can make more money than a chef. Obviously the waiters keep the tip. When I told that to my dad he looked at me with his eyes wide open. How could a chef, the artist behind the masterpieces we were enjoying be paid less than a waiter? Luckily some Michelin stars restaurants in New York are starting to automatically add tips to the bill. I suspect this will become more customary as time goes on. This means that soon enough in a restaurant in New York I will be able to fully enjoy a dinner with my wife. I will not have to rely on my maths skills and best of all I will not have to fight with her on the final tip.

Tipping for my wife does not end in New York

My wife goes on holiday like an Italian gangster: with an envelope full of one dollar bills. Every morning before leaving the room she leaves two dollars for the cleaning ladies. She tips the bar tenders and she tips at the restaurants – even if the final bill already includes a tip. Thanks to my wife, I have come to understand why in Capri everyone loves an American tourist. Neapolitans used to call a relative from America o zi’ r’america (uncle from America). I can imagine the effect that my wife’s tipping skills would have on a Neapolitan. A Neapolitan sees gold when an American lands in Napoli.

In America, tipping is a way of life

Whilst in America tipping is a way of life, in Napoli it is a way to show off. In Napoli you tip like an American if you have to impress someone. In other countries, such as Japan, tipping is actually an insult. I look forward to taking my wife there and seeing her reaction when the Japanese start shouting at her for tipping him.

Yet, my wife is also an extremely giving person. After an argument over a two dollar tip in Mexico a few years ago she looked at me and cried out “Do you think everyone is as lucky as you are?” It made me wonder! If you can make someone worse off, happy, then what is the problem after all?

Gianluca De Stefano is an immigrant like many of his generation. He left the south of Italy as a teenager and has since travelled and lived in different continents and interacted with people from different walks of life. You can find his journey at his blog page: The Italian Immigrant.

Do you struggle with any cultural tipping differences in your new country? Share your thoughts with us!