So you want to move to…Korea! 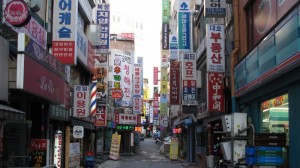 The Republic of Korea, commonly known as (South) Korea, is fast becoming a top expat destination, partly due to its captivating city life and mountainous landscape. So here’s some advice for expats on how to get the most out of your time in the ‘Land of the Morning Calm’.

When moving to Korea, you could find yourself in Seoul living a life in a cosmopolitan fusion of ancient culture and modern sophistication or the Gangwon-do Province as a skiing fanatic enjoying the abundance of snowfall the area has to offer. Wherever you decide to settle in Korea, this Asian peninsula will not fail to impress.

UNESCO World Heritage Sites are dotted all over the country so you’ll not be short of beautifully cared-for monuments to gaze upon. A wonderful chance to catch a glimpse of Korea of the past is to visit the Jongmyo Shrine in Seoul, which was built in 1394. A charming blend of musicians, scholars and dancers would perform to worship the deceased Joseon Dynasty Kings and Queens and these ceremonial rituals are still enacted today in their original form.

When in need of information or assistance, whether locating accommodation in Daegu, trying to communicate with a taxi driver or finding out what’s happening in Seoul this weekend, just call 1330. It’s a free phone service, initially set up by the Korea Tourism Board to help tourists, which has become a lifeline for expats in Korea.

In Korea, a priceless tip is not to tip! Nobody tips in Korea and the service in restaurants and bars is still good. In fact, if you tip, you may confuse or even startle the waiter as they won’t understand the concept. Better still, hierarchy plays a role when at dinner with local Korean citizens; the eldest tends to be the first to eat and the one to pay for the entire meal. Of course, a group of friends will expect to simply split the bill. Check out our hints and tips tool for further advice on living in Korea, written by other expats.

You should integrate parts of your daily routine from your home country into your new expat life. If you had Sunday brunch with friends at home, establish this as a routine in Korea. You’ll keep a sense of who you are and it’ll give you a great way to socialise. There are plenty of other ways to make friends in Korea too. Expat communities are very well established and they organise social events, trips, volunteer work—you name it, they’ve got it!

This guest blog post was written by Expat Explorer, brought to you by HSBC Expat.