The most peaceful destinations for expats 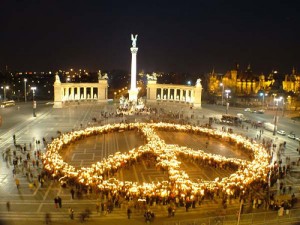 You often dream of settling abroad, but you’re not sure which country to choose? Of course, it depends on what you are looking for: business opportunities, affordable cost of living, beaches, cities, or a specific culture.

One thing all expats are probably hoping for is somewhere safe and relatively peaceful!

For the past eight years, the Economist Intelligence Programme has been calculating the Global Peace Index (GPI) thanks to the data collected by international experts. The GPI ranks 162 countries by measuring 22 indicators such as the number of prison inmates and the military presence.

Where do expat destinations stand?

We took a look at the map to check out the current situation in five popular destinations for expats, and this is what we found:

Australia: very well ranked on the Global Peace Index (15/162). Civil liberties, education and feeling of safety are considered ‘satisfying’, and political instability and crime rates are low. Life expectancy is 81.8 years. Weapons import is a little high, as well as the use of armed force.

Spain: in the top 30 countries on the Global Peace Index (number 26 to be exact), Spain is considered to be a safe place. Unemployment is high and economical conditions are not ideal these days, but the country is a sensible destination for expats. Education and health services are excellent.

France: number 48, France is a little further down on the scale compared to Australia and Spain, but still in the top 50. Perceived criminality and violent demonstrations are high, as well as unemployment. Civil liberties are considered quite good, but the number of nuclear and military weapons is very high.

Thailand: at the bottom of the list. Currently undergoing a political crisis, the future of Thailand is uncertain and ranks it 126 out of 162 countries. Corruption is common and street safety is quite low due to a very high crime rate.

UAE: ranked 40 out of 162 countries, the UAE doesn’t have a bad score and welcomes a lot of expats. However, the weapon import rate is very high, even though the crime and violence rates are average. According to the Index, the government and the democracy are not functioning very well, and gender equality is quite low.

The verdict is that even if we are living in the “most peaceful century in human history”, the level of peace is deteriorating. To prevent the situation from getting worse, the GPI recommends that we invest in organisations promoting peace and development in the most vulnerable countries.

According to the index, here are the top 10 most peaceful countries on the planet:

The Global Peace Index shows the evolution of each country over the last few years, and allows you to see the global rankings. Used by numerous international organisations (including the UN and several NGOs), the Index is now the world’s first measure of national peacefulness.

Its official website displays a new interactive map on which you can take a closer look at each country to examine the current situation. Click on a country to see the ranking and full statistics. The map also allows you to go back in time to see the changes over the last decade, and focus on a specific factor such as terrorist activity or political instability for instance.

If you need more information, you can also download the 2014 Global Peace Index report and the 2014 Index Highlights on the website.